Skip to content
Hayan Abdulla | 9 Year Old Little Chef Entered Asia book of Record & India Book of Record. Let’s read what Hayan has to say:
” I am Hayan Abdulla – third grader from Sherwood Hall,Chennai.I am an enthusiastic 9-year-old who can cook up a storm. At the mere age of 5 ,when other children played with their pretend Kitchen sets, I ventured into the real one and discovered my passion.
My Youtube channel “Hayan Delicacy” boasts of 8k subscribers with about 120 mouthwatering recipe videos shot in three languages – tamil,malayalam and english. I have also shared my recipes on many television channels like Malayalam Manorama,Asianet and Surya TV to name a few.
My story has been featured in several magazines like the Malarvadi magazine and newspapers like Hindu , Indian express, Times of India, Dinathanthi,Mathurbhoomi ,Malayalam Manorama and many more. I have big dreams for my future which include becoming a daring pilot besides the obvious- An enterprising Chef.
I am further delighted to inform you that I have recently entered the Asia book of record and India book of records by cooking 172 dishes in one hour. 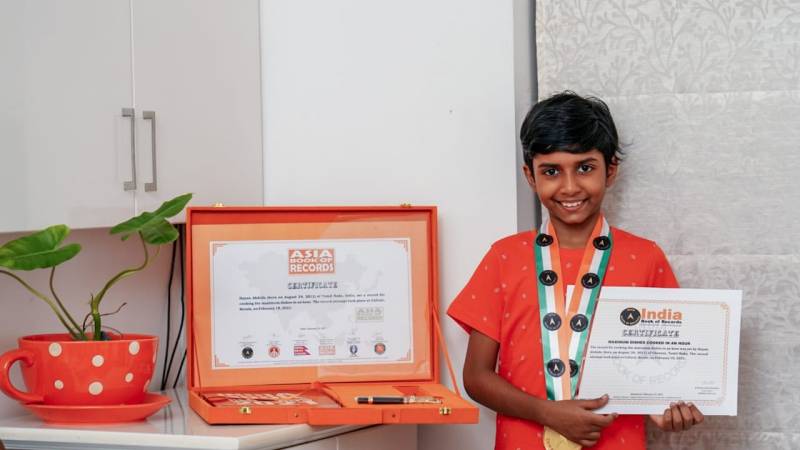 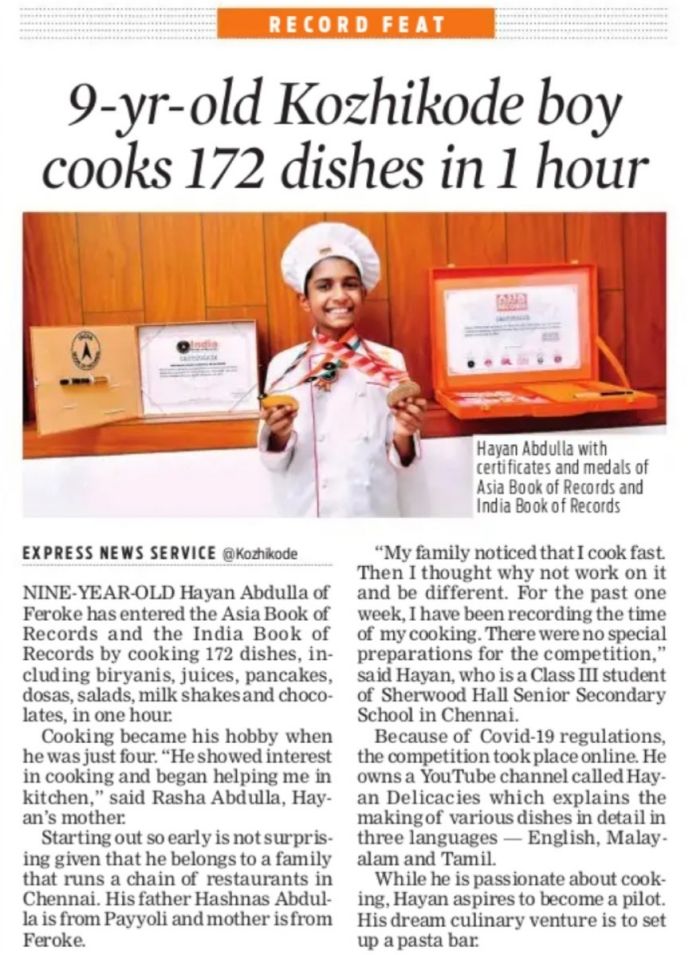