Kiara Mittal (6years) of Reliance Foundation School got recognized as ‘Child Prodigy’ by Shri Subhashchandra Goenka (OWNER OF ZEE TV NETWOK) at an event for being a Talent Powerhouse at a very young age and for profoundly possessing an Oratory, Performative and Karate Player skills.

Kiara Mittal began to leave an impact on people around at an ‘Infant Age’ itself with her ‘Multifaceted Personality’.

The youngest in her category, she was awarded First Position.

Kiara Mittal has redefined the term ‘Multifaceted Genius’ with ecstatic use of her talent as a Performer,Artist,Sportsperson,Speaker,Orator and Social Influencer.

Termed as definite Prodigy Child by eminent personalities, teachers, coaches, community members ,Kiara is now looking forward to excel as a genius that she is in national and international platforms. 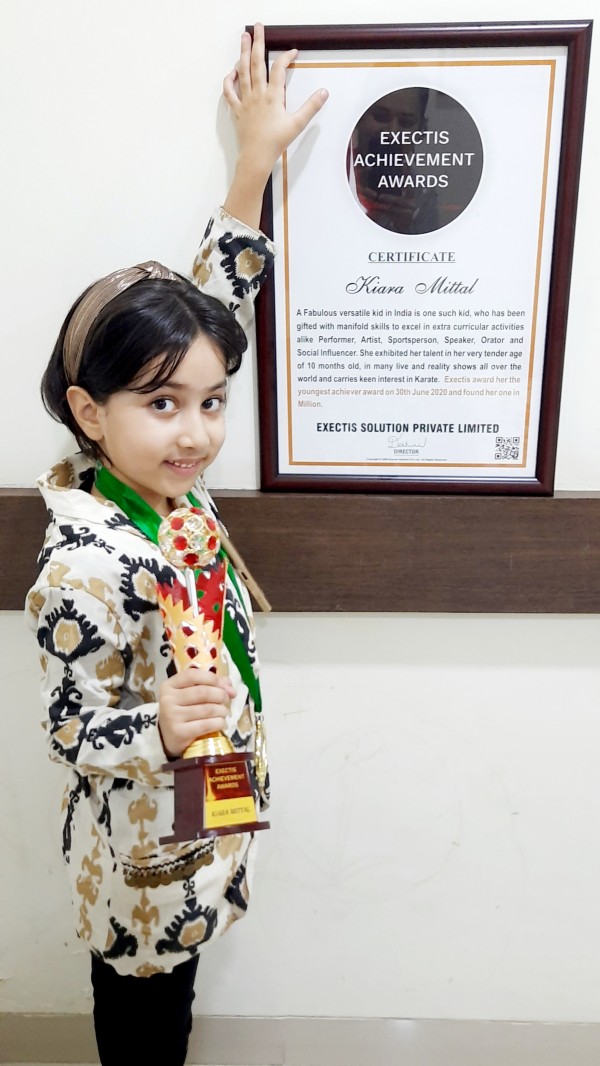 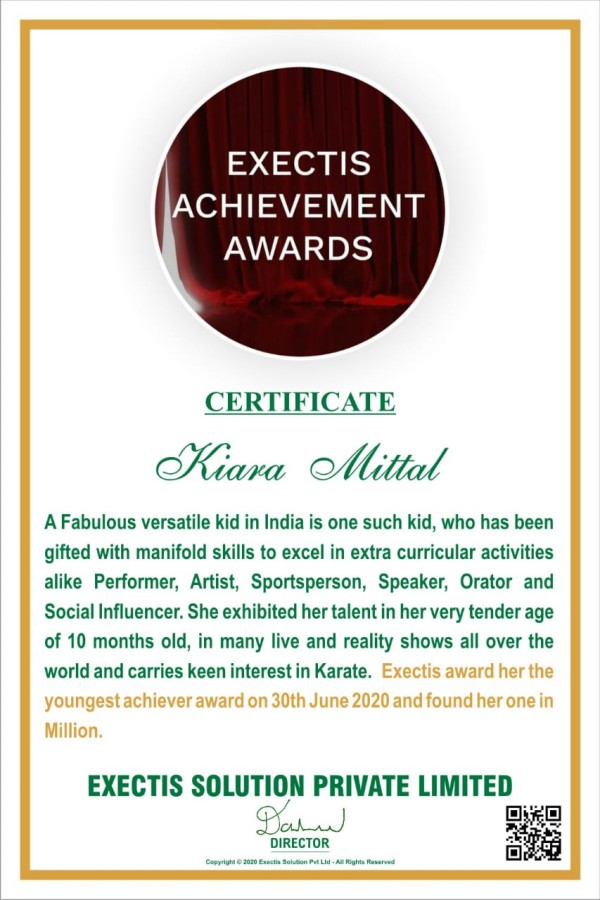