His first stage performance was 2019, that too at the age of 2.5 years before going to school. He secured 3rd prize as “Prime Minister of India Narendra Modi”.

Here are c\some competitions he attended and won certificates and medals.

* He also participated in a colouring contest which was organized by SID academy in which he was the youngest participant of the competition.

* He was also honoured by “one india tamil” for the achievements & interest in coloring, They also published the same on their articles.

* He also participated in the following online competitions.

Vidhyalaya charitable trust honoured him for active participation in a drawing competition held on 20th May,2020.

Dolphin Arts Academy recognized him for outstanding performance in an online Art contest.

He participated in the “All India Kids Contest” held in June 2020 conducted by K’ Log foundation.

He is gaining confidence in life. His parents always encourage him to do what he is interested in. He is utilizing as well as enjoying his quarantine period in a productive manner. 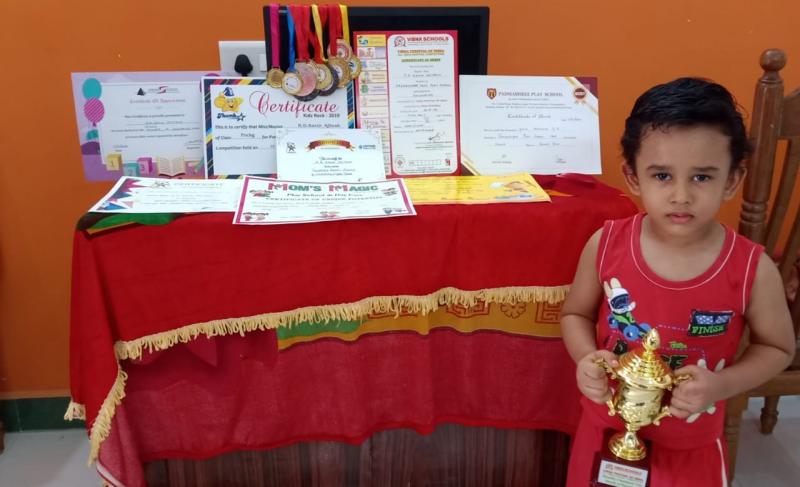 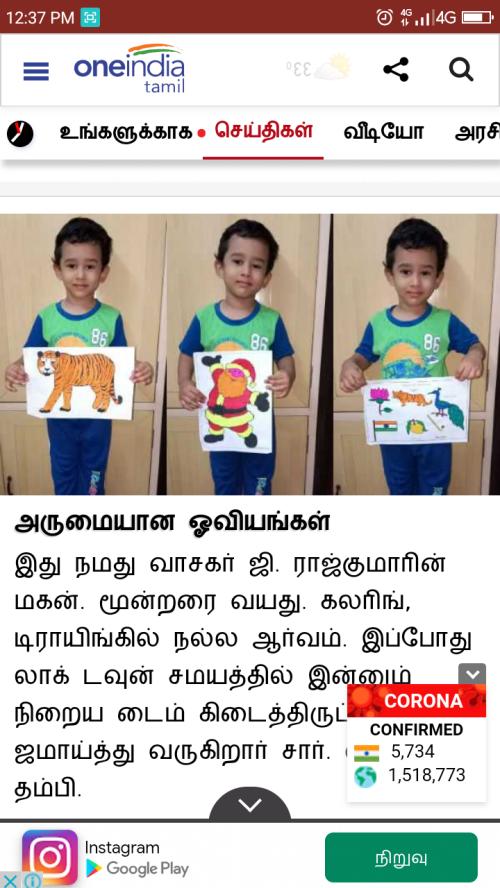