Skip to content
R. Kevin Raahul is a 7year old boy from Chennai, India. He is studying in Grade 2 at Doveton Oakley nursery and primary school (Cambridge International).
Kevin Raahul has set a new World Record in Asia Book of Records and also in India Book of Records by identifying 150 car logos in one minute at the tender age of 7years.
Kevin loves cars very much. He himself cultivated this habit by seeing TV, ads and mobile. His parents (Raju & Shakila) thought to motivate him to do the same in a better way. 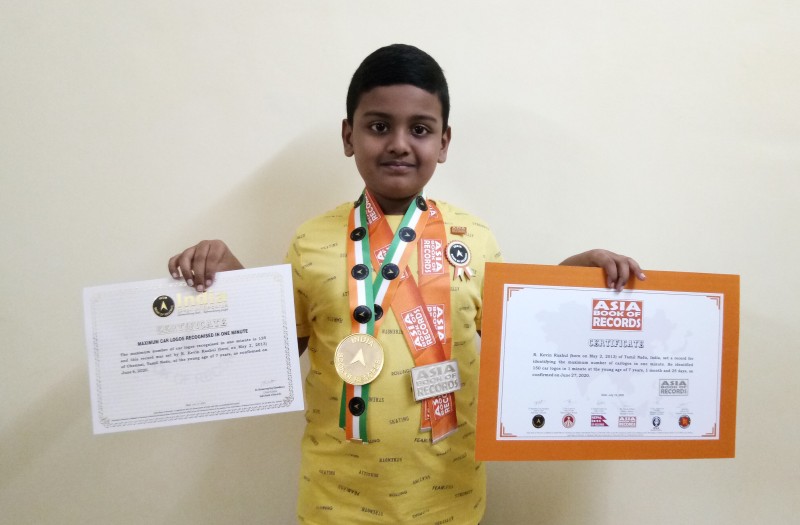 Kevin always had a dream of meeting Prime Minister Narendra Modi and eat icecream with him. This desire motivated him to make a World Record.
Kevin have Extraordinary Memory power. He is the Brilliant and Outstanding student of his school. Many activities, sports, Olympiads and inter-school competitions was conducted in his school. Kevin has actively participated and won many prizes for his school. He has also won many National and International competitions. 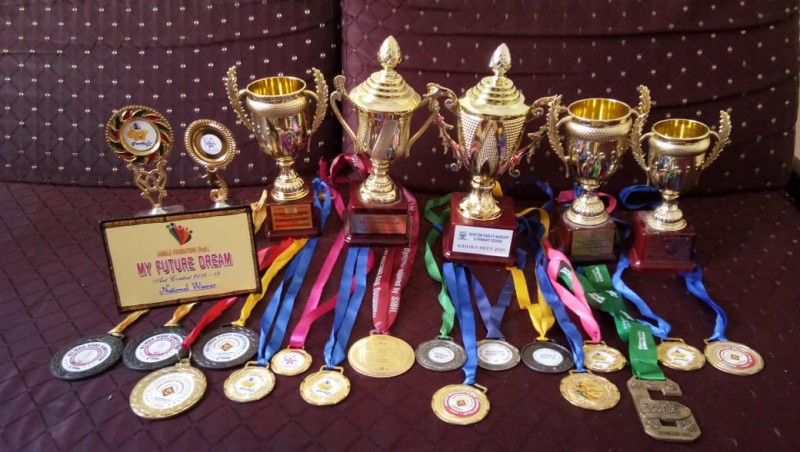 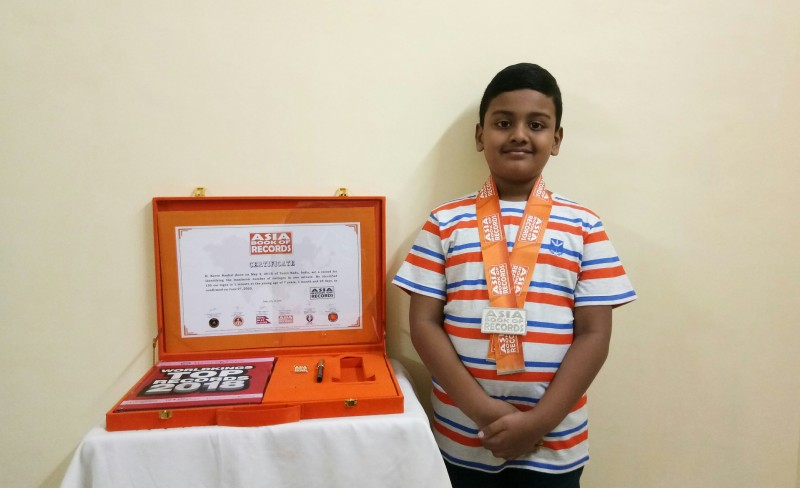 Kevin is the young Google Boy and when you search Kevin Raahul in Google, it will show you all the stories and achievements of this Young Lad.
Kevin wanted to become a Pilot in future. He always says that he would ride his first flight with his parents, Principal Andrea Wilkins and all the teachers of his school.
At this young age, Kevin has brought laurels to the family, School and Nation. Holding a World Record is no easy feat and that Kevin has achieved at his tender age is definitely an extremely remarkable achievement.
We wish Kevin all the best for his future. 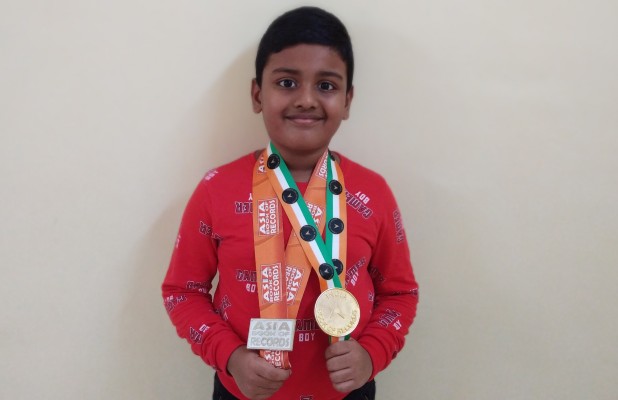 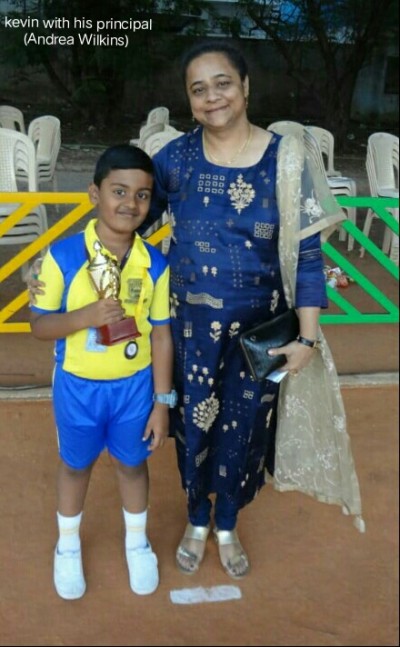 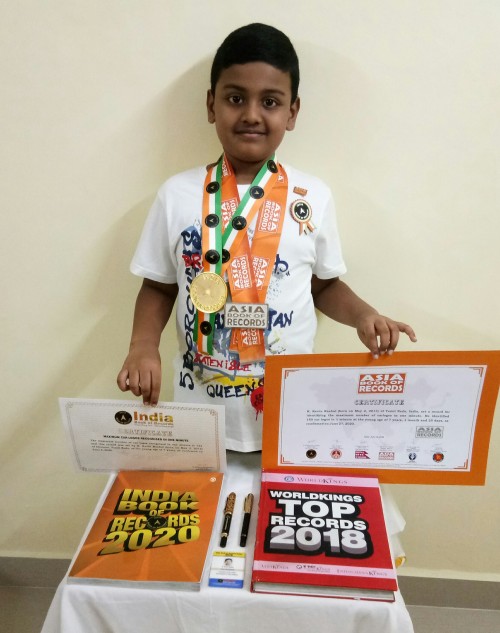 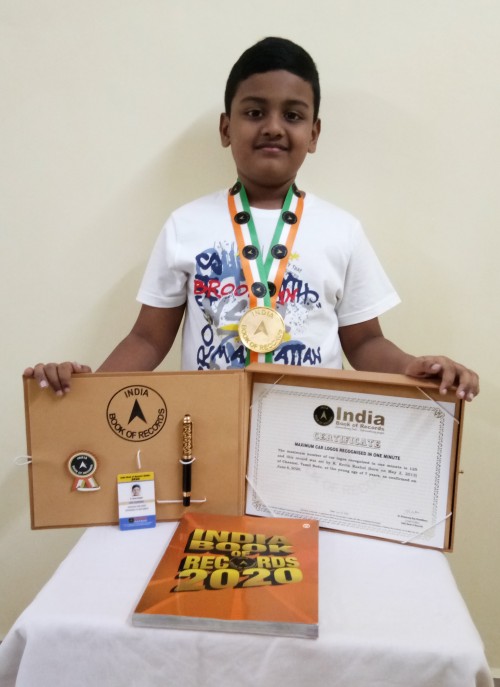