Shravank has always shown keen interest in demonstrating his English language skills and has won many awards. He has also created a record in Indian book of records and has also practiced in UNADAP speech competition on corona virus and has received a participation certificate.

During the lock down, he has started his YouTube channel and has 73 subscribers. He has been actively practicing Taekwondo for the past two years and has won 3 state silver medal. 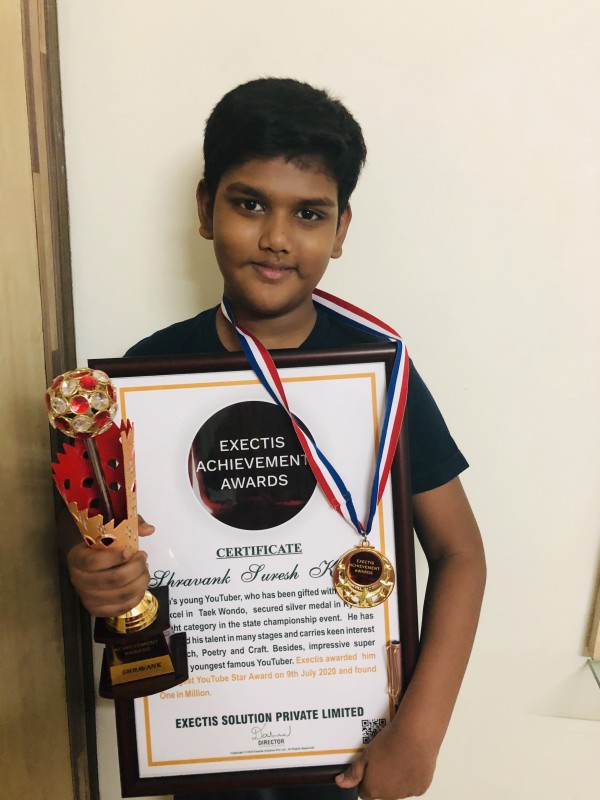