Kaluvoya Vian Vamsi is a 4 year old Talented Kid from Chennai, son of Dr.K.Ramanaiah and Swathi. He has achieved many laurels.

1)He has his name in INDIA BOOK OF RECORDS  appreciating him for identifying  50 asian flags in 60 seconds,19 national leaders,10 national symbols.
2) he has his record in global children records of GRRF RECORDS  for identifying  50 asian countries flags in 60 seconds.
3) he has won 1st place in kids athletic meet 2019  in 50 mts running and 25 mts running.
4)he has won 2nd prize in rainbow drawing and colouring event by dream flower.
5)he has won 2nd prize in fashion show conducted by Sri Ram Seva Durandhara welfare association
6) He has won 3rd place and 2nd place in kids olympiad by tamilnadu sports promoters association  in running race…
7) He has won Chennai fashion show conducted by nirvana foundation.
8)He has participated in so many events by the info of kidscontests.in and got 12 medals and 19 certificates….. 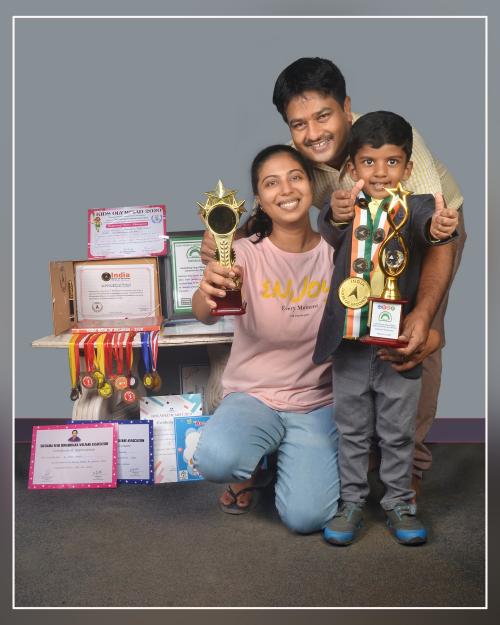 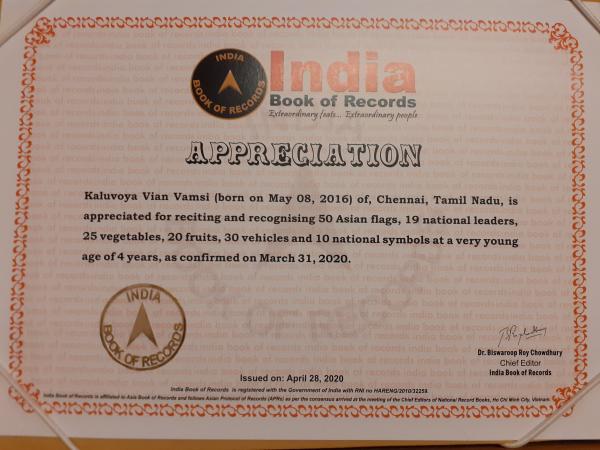 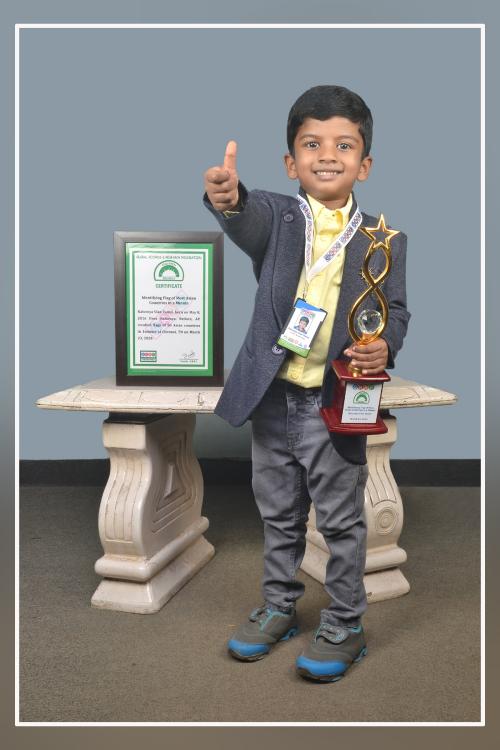 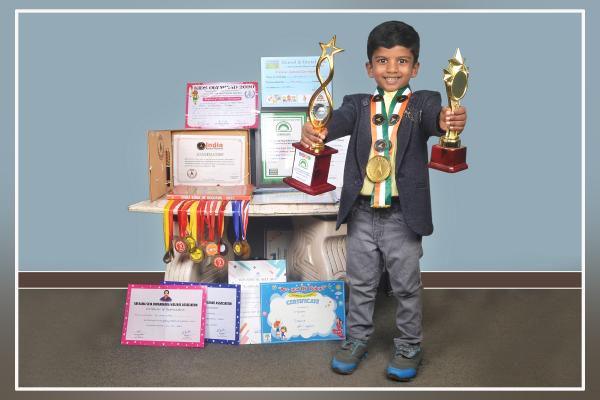 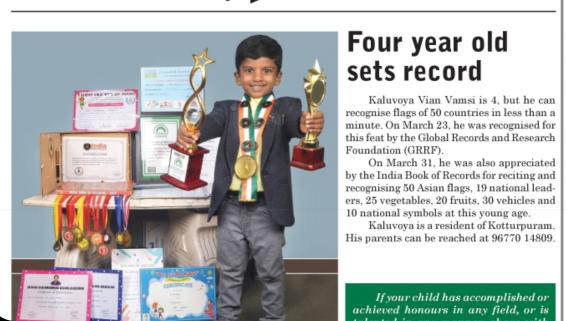