The event was organized by Kitchen E Lazeez. As said the class started on time and most of the students arrived. Majority were boys who were very interested n cooking. They started the events with basics of baking. They listened with great interest. Everyone was given a hands on experience on baking on how to measure, mix/beat, mix, fill the cupcakes and bake. They were excited to see the whole process of baking and were waiting for the cupcakes to come out. 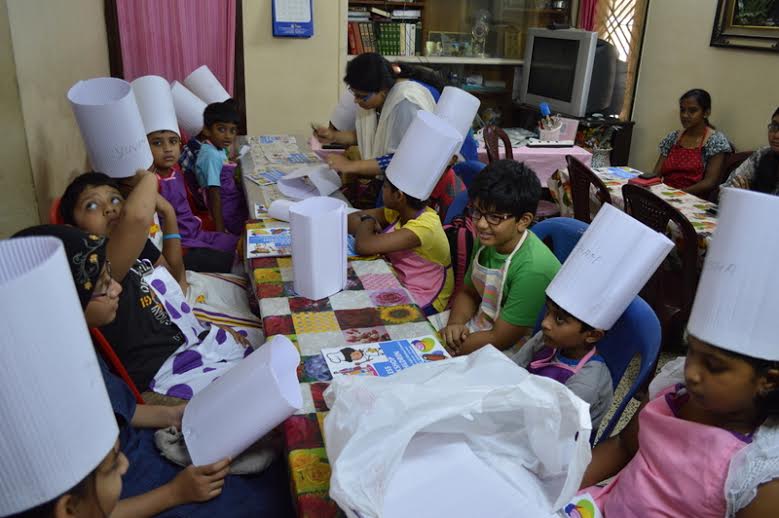 While the cupcakes were being baked we moved on to cookies. After kneading the dough the kids were given a chance to cut out, flatten and place the choco-chip on the cookie. After every one did the same the trays went for baking. 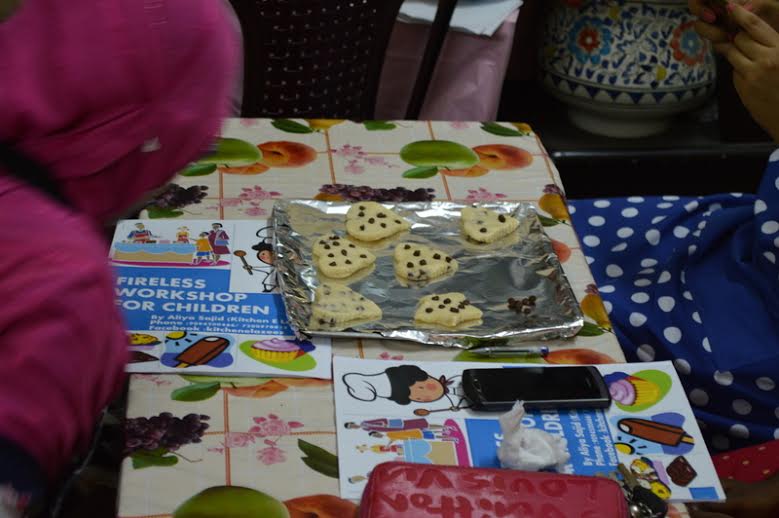 When the class moves to chocolate making, everyone was excited. The chocolates were melted and every group was given small bowl so that they can fill their molds with chocolates. They were all able to fill them in the moulds and clean them to go into the fridge to set. In the process children started enjoying the chocolate in there spoons. 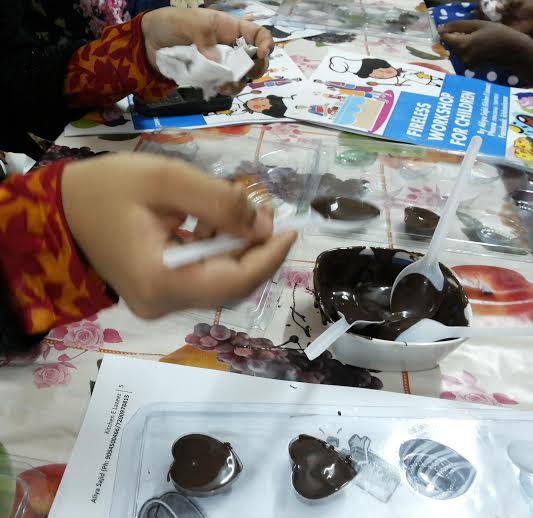 Finally when they all came to ice-cream making, they were again given individual bowls and everyone was doing what I was doing. Measuring, leveling, and mixing. They all got to have the ice-creams in the cone.

Letting them do all the things they don’t do in their routine, they were all happy and felt a sense of achievement. Its not about teaching them perfection, but letting them do things just by observing. It makes them more independent, responsible and also tests there memory.